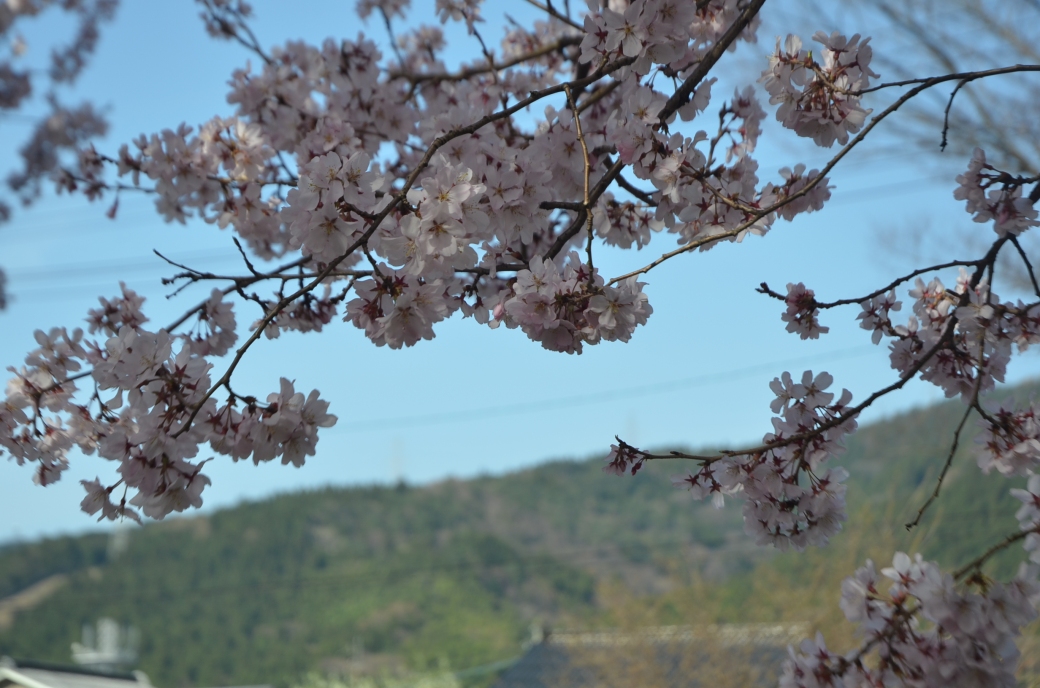 Sometime ago my entry was about death. Not a good subject I tell you. I kept looking at it as if I was looking at an old house at the end of the village ( rumah berhantu di hujung kampong); maybe some of you still remember from that old Malay novel…so scary. I might put it away…so jinxed. Any way, let’s talk about something nice for a change….like love or rather lack of it. Love has colored our life in more ways than we can possibly imagine. It is always there, maybe without it we all could die. In my life love is like a beautiful sunset…so gorgeous in the distance but somehow I can never grab it and call my own. When the night falls, it’s gone. But it’s okay because tomorrow it will return to me once again. I started my life in Pasir Mas with my beautiful family; a hardworking father and a housewife mother. They were too busy earning and making a living, that love had somehow disappeared into the daily hardships. Maybe that’s the way we were, our tradition and culture. Kind of sad and unfortunate, isn’t it? I never knew love back then, that anybody loved me as a child or a son in the family. I guess it is not fair to blame anybody because that’s the way things were back then. For sure they loved me, Mak and ayah, but it is so unfortunate that I can’t recall anything as such. I do remember, however, begging for love from someone else such as my auntie and my grandmother. I lived with my auntie for a few years during my primary schooling. She lived next door so that was not too far away. She was a hard lady to deal with; always scolded people and only wanted things her own way. But she was good to me and treated me like her only child. 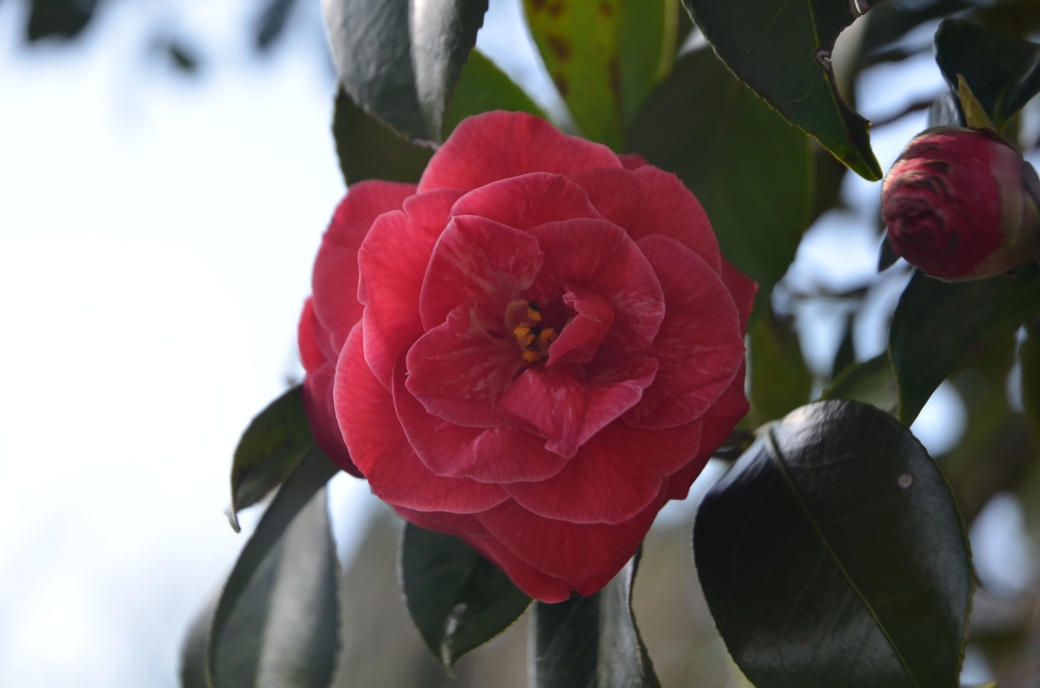 When she became so possessive of me, Ayah took me back to the house. I was going back and forth a few times until I got confused myself what the heck was happening. I became reclusive and started to stay away from people because I did not want to make any trouble like I had done to my parents and auntie. The worst thing was when they fought each other and things they called each other…for the whole kampong to hear. All because of me. I went to grandma’s when things got so terrible. A trip to my grandma’s was about 20 mins walk. She lived in Pondok Pak Su Wae (the great well-known tok guru in Pasir Mas). I would enjoy walking into the kampong through rubber trees and high growths. No one would bother me then so I could collect the rubber seeds and played with them. Grandma taught Quranic reading at her house so people always come and go…and they brought gifts and sweets for grandma. And as all grandmothers do, mine pampered me to the fullest. I loved grandma for her great care and love to me. I was proud of her too for being a good Quranic teacher and earned a bit of respect from her friends and neighbors. I guess love isn’t that easy to find when you don’t really know what it is. Ayah and Mak were fine, they loved each other and made love most of the time. There are 12 of us so that’s the living proof. And I just could not forget that sound in the middle of the night that got me awake all the time …you know the kampung house with only one bedroom for mom and dad; and the walls that you can see through. So much for privacy. 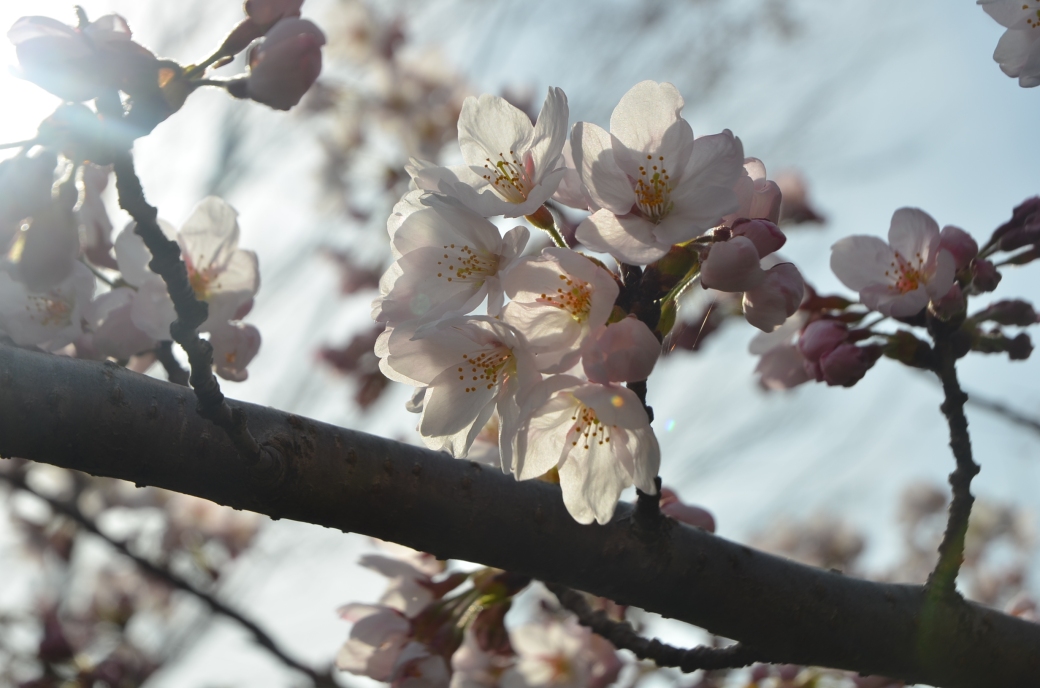 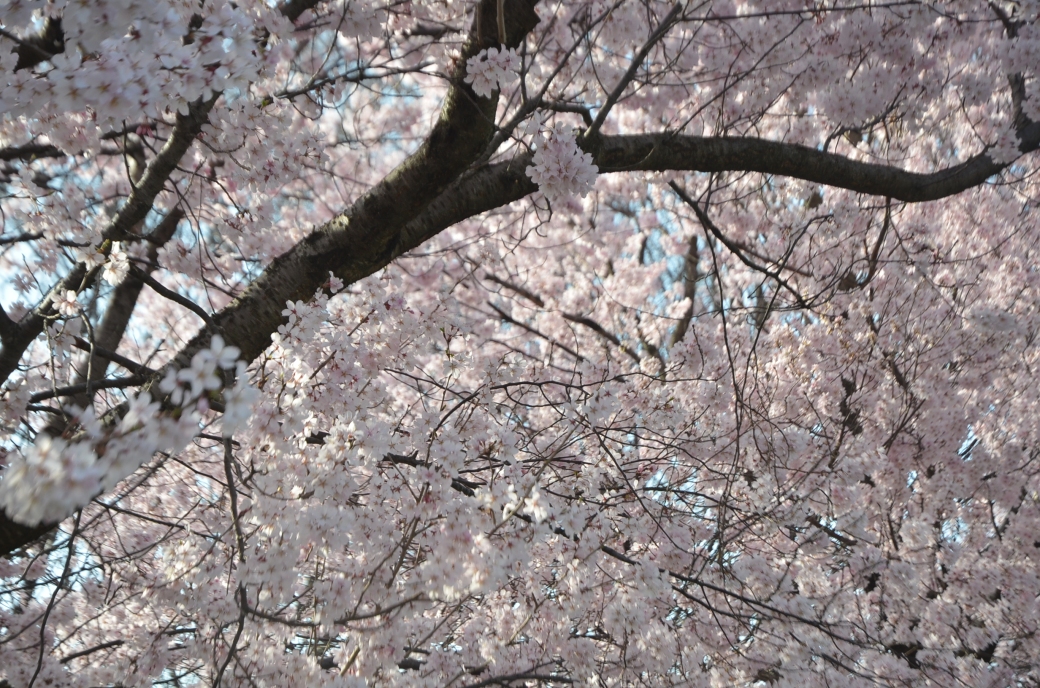 When I was in a primary school, I fell in love with one beautiful girl. Isn’t it beautiful to be falling in love? But being a kid, I did not know the full meaning of being in love. But the feeling was there when I saw her every morning. Maybe the same feeling would come from every single guy in the class; because she was really a stunner. and very smart , as she came first in every single test or exam that the teachers gave us. I was second, of course, but not until that smart ass kid from KL came into our class, I was pushed to third and sometimes fourth place away from my sweetheart, damn! But in the end it was all “cinta monyet”; just like the sunset it was never meant to be mine. She went off to a boarding school and I went to another boarding school so we were like world apart. In those days there was no internet and all so we exchanged letters. During one Hari Raya I sent her a card and she replied with a card shared with another friend. What? Is this what you call undivided love? One card with two names….so pathetic. I waited for that reply card day and night; never missed when they announced the letters received at the hostel. Oh well she’s gone. And she’s gone alright. The last time I bumped into her was in a department store with an ugly looking Indian guy trying out some clothes; she did not recognize me but a man can never forget his sweetheart. We went our separate ways. 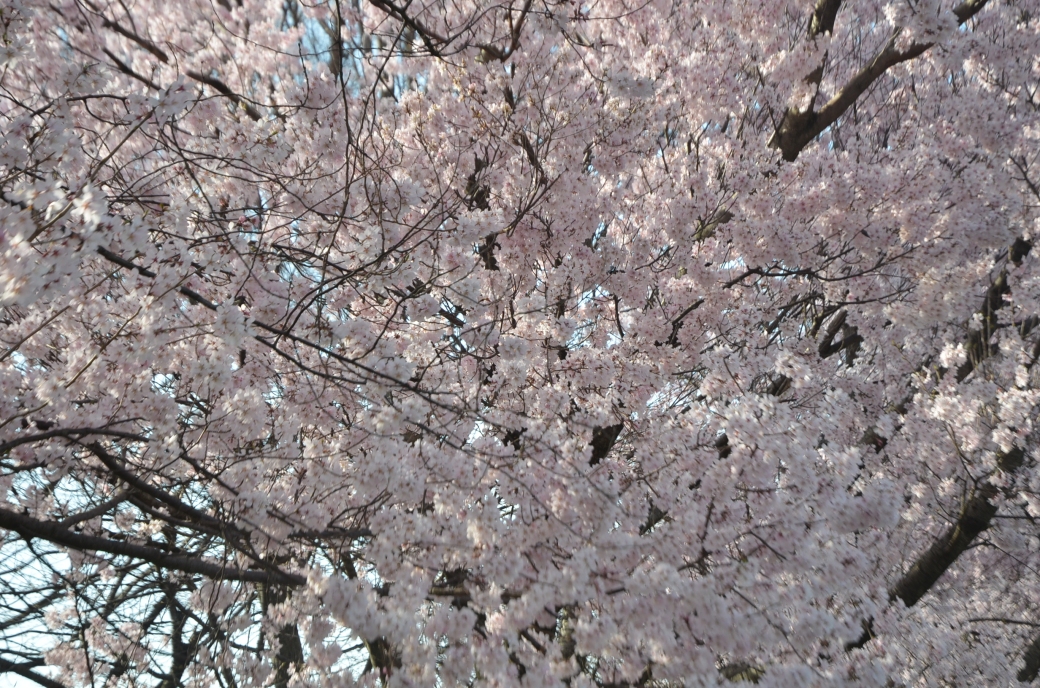 If you asked me which classical music would suit your love life the best?…I would say Chopin. Depressive and melancholic. If you asked me which classical painting would portray your love life the best ?…I would say Picasso. Timeless, priceless but full of pains and sadness. Just like during my time in a boarding school; a crucial period where a child developed into a young man. A young man with a throbbing dick and a moving hand. The only two important limbs that matter to a growing-up kid. The school was a hell-on-earth for me. Nothing good that I could possibly say for a boarding school in the late 70s. I trusted a big brother once only to find out that he wanted to fuck my ass when the light was out. Did not know what was going on, I ran off and hid in the toilet. I woke up the next day and found that I was still there…in the toilet. The five years I was there are the moments of history that will be the darkest period of my life. But the sad thing is that it was better than home. Can you imagine how painful it is to comprehend that? Fate has it, I survived the living hell. I left for America and landed at a place called Aurora in Denver, Colorado. My odyssey of love continued in the land of the free. I was really free, emotionally as well as physically, from all the sad things that life has to offer. I wanted to start afresh in this strange land far away from home; I learnt how to drive there, played American football and basketball, and learnt how to love again. But the experience from the last 17 or so years had handicapped myself to really appreciate the meaning of love. It was a hard lesson and along the way I stumbled, collapsed. But the lesson was learnt nevertheless. 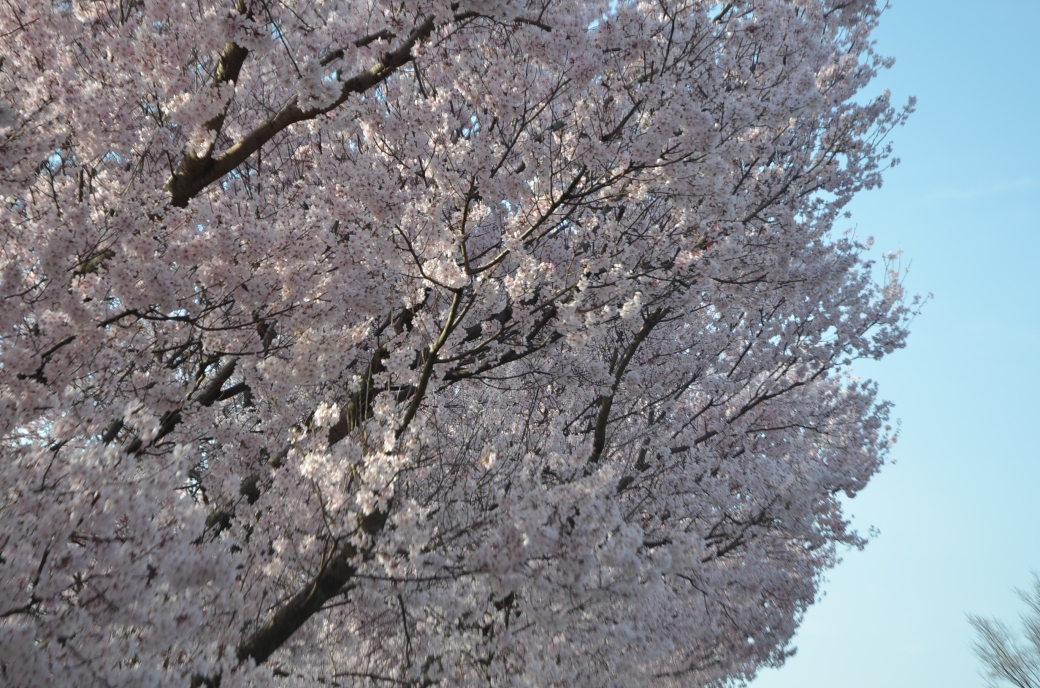 I hooked up with L in a double date. She’s an outgoing girl; “outgoing” as she liked to go out a lot for shopping, movies and what not. I’m an ingoing guy; as I like to stay home and watch TV. So I dumped her (or was it she dumped me first). A complete mismatch that was. But one good thing happened out of that relationship—I knew I can love again. Hey! Hey this skinny ass isn’t that bad after all. So from there I started to feel like myself again—a man, a lady’s man, thank you very much. I fell to Y later, a girl full with sobbing stories and reserved characters. At first she fits into my frame very well but then when the sobs never stopped I realized that I didn’t want to feel sad all the time. I’m a happy man only circumstances make me sad; I don’t want to sob forever. After a while the connection was not there and we kinda drifted apart. Then K came into the picture. At first I can relate to her but she was not I-have-a-boyfriend type of girl. We could not date or meet because that’s haram. The only communication was only through the phone; and we lived in the same apartment complex. And you can imagine how dull the conversation would be; because we never actually being together. The relationship soured down and when she moved to California that was the end of it. I was alone again. When I moved to Wichita for my undergraduate degree, I was tired of chasing. Fucked it. If I was meant to be a loner then be it. I would fuck myself to sleep if I were too g’damn lonely. I had to live with that rage for the next four years. I never went into any relationship during that period. Only my friends and roommates kept me sane. So I was alright Not exactly alright because I started to gain weight and started to feel inferior again. When I was down I would eat and eat and eat; watched Jack Tripper on Three’s Company until I fell asleep. Study was really secondary; just enough to get my academic advisor off my back. 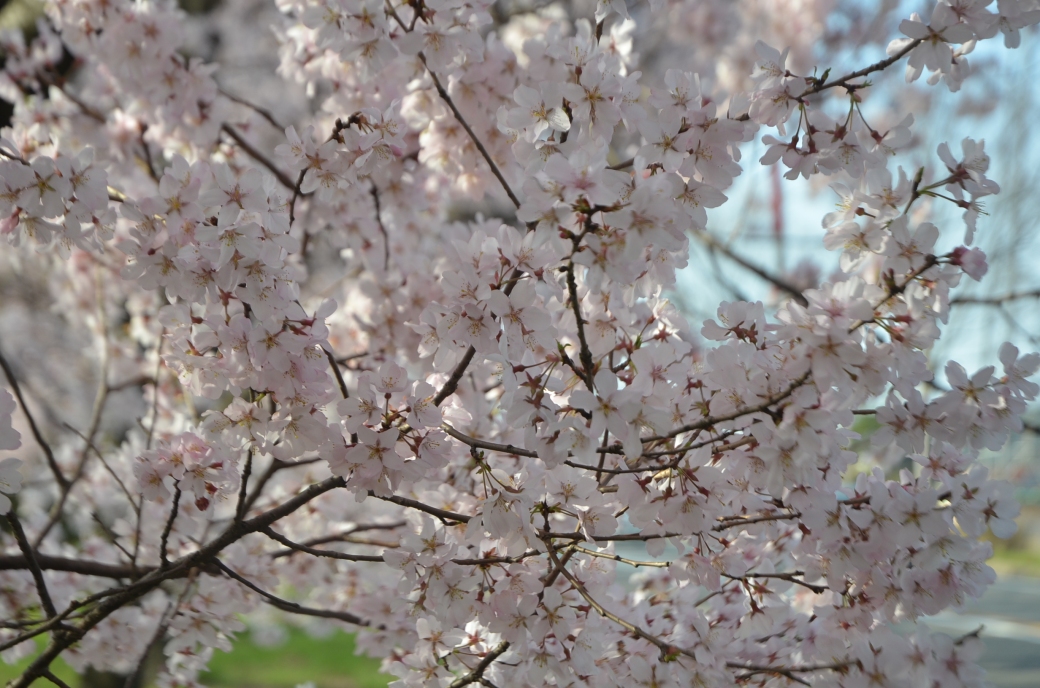 That’s basically it until I got married and have a responsibility to give love to my wife and children. Not an easy task I must say; just like someone who failed a typing test but has been given a job as a typist. I have to start all over again to learn what is love and how to love.