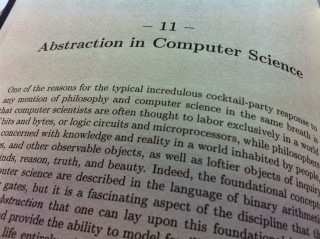 ·       If the role of computer language is to facilitate the manipulation of data, why then did Colburn argue against Ashenhurst’s proposition?
R. Ashenhurst describes information modeling as
The formulation of a model in support of information systems development. One in which information aspects of objective and subjective reality (“the application”) are represented, independently of the datasets and processes by which they may be realized (“the system”)
Colburn , on the other hand, argues that such proposition is not exactly true based on three fundamental reasons, First, the evolution of programming language allows both aspects of software creation to be facilitated simultaneously for better software quality; namely, datalogical as well as infological and their respective dimensions. Secondly, The distinction of infological and datalogical is gradually dissolved due to methods of data abstraction and procedural abstraction which are independent of any particular high level language and the corporation of data and information. Thirdly, the software tools for machine independent in software creation process allows programmers to think in both terms – data and information.
·       What does Colburn meant with this phrase in his conclusion:
“… the trend is towards narrowing the gap between  the infological and the datalogical [thinkings]”?
Colburn sums up the chapter with the idea that in the future the gap between data and information will be narrowed due to the evolution of programming language that has resulted in the new paradigm which will dynamically support both components right from the onset of software development. This is possible through the advances in software engineering and the evolving programming languages. They will make users less burden of data and processes and empower users towards information modelers.